Rushen explained, “we had to take a lifetime of music and cram it into 50 minutes. But also say what we need to say and do what we need to do in a way that honors him. So we decided to create a set that if he were in the audience he want to see. We’re going to touch on the main areas of his professional musical life. So there’s going to be some straight ahead, some fusion and some funk. All the songs performed will either be what he played on, wrote or he had a particular association with the artist whose song it is. The idea is the celebrate all these different areas, eras, music and artists that have benefited from his greatness, music and personage.”

She, and Chancler, who was several years older were best friends, who met before she started attending Locke High School in South Los Angeles. Their education at the predominantly Afro-American school during the post-Watts Riots late ‘60s and early ‘70s was challenging, inspiring and thorough. Included in their edification was seeing performances by artists such as Cannonball Adderly, Keith Jarrett, Pharaoh Sanders, Freddie Hubbard and Herbie Hancock, along with getting charts by Thad Jones/Mel Lewis and Quincy Jones. Furthermore, both were working regularly with high caliber professionals before graduating. Chancler played with Willie Bobo and the Harold Johnson Sextet, and Rushen with the Gerald Wilson Orchestra.

On the other side of the spectrum is vocalist Quiana Lynell who regularly jaunts between New Orleans and Baton Rouge, and grew up in West Texas sheltered from secular music. She recently graduated from Louisiana State University with a degree in Music and will make her Hollywood Bowl debut with Terence Blanchard Featuring The E-Collective. Lynell possesses a tone reminiscent of Nancy Wilson and favors classic standards. However, with Blanchard’s electric ensemble the focus will be on fusion. When asked about that she responded, “I guess I would say I’m very versatile, with lots of layers. I think we’ll do a couple songs from my new record (A Little Love) that can be more electronic than swing based.”

Prior to her Playboy performance, Lynell will do a show in Detroit with Blanchard, highlighting the movie music he did with renowned film Director Spike Lee. Since about 2017 everything started coming together for the singer who had been classically trained and grew up singing gospel. “When I finished school at LSU,” she explained, “I didn’t really pursue the classical track. I was kind of intimated and wasn’t self-confident. So I got into singing with a R&B/zydeco/blues band. That opened the door to singing with a live band and having closer audience engagement.”

Consequently, Lynell started meeting musicians who were performing and touring regularly, and decided she wanted to do that too. At the same time she had to learn more repertoire and “shedded” with musicians in Baton Rouge and New Orleans. The Texas raised singer emphasized being ready for any opportunity that comes her way and the Hollywood Bowl by far will be the largest venue she ever performed at. “I just found out today it holds 18,000 people,” she exclaimed “and I’m flabbergasted. I played the jazz tent at Jazz Fest in New Orleans and it maybe holds a couple of thousand people. So this will be a whole new world and I’m honored to be invited.”

In college, Chancler at CSU Dominquez Hills and Rushen at USC maintained their close friendship and the drummer recommended her for fusion violinist Jean-Luc Ponty’s album Upon the Wings of Music, which he also played on. “That was the turning point for me,” Rushen who teaches at USC and has been the Music Director for the Grammy’s cited. “And it was from that album that I started getting a lot more calls from people who were not specifically in Los Angeles.”

Afterwards, the trajectory was high for both musicians, with Chancler who also later taught at USC working with George Benson, Stanley Clarke, The Crusaders, George Duke, Herbie Hancock, John Lee Hooker, Hubert Laws, Thelonious Monk, Lionel Richie, Kenny Rogers, Santana, Frank Sinatra, Donna Summer, The Temptations,
Tina Turner and Weather Report. Rushen would often end up working with some of the same people concurrently or on different occasions. Most importantly the drummer and keyboardist wanted to play everything and be “super bad.” Rushen commented, “He could play anything! We kept our friendship together on and off the bandstand. The music brought up together and allowed us to discover a lot about ourselves growing up—those kinds of bonds just don’t break.“

Despite all the fun and interesting distractions at the Playboy Jazz Festival, there always is serious music capturing the audience’s attention as well. One of the performances fitting this description in 2019 will be: Celebrating Ndugu Chancler.

The drummer who died February 3rd last year was a beloved fixture at Playboy every year playing with a variety of groups, including being the Music Director for the infamous Bill Cosby’s Cos of Good Music ensemble for many years. “He was always there and when he wasn’t playing with somebody, he was out enjoying the music. Everybody used to come up to him asking if he was going to play,” recalled keyboardist/arranger/singer/educator Patrice Rushen.

Needless to say, Chancler’s death has been a big lost for Rushen, his family, friends and the jazz community that’s being felt everyday. Some of his significant friends and Rushen proposed doing a tribute at Playboy, and got approval from Festival Productions and the Los Angeles Philharmonic. The keyboardist was appointed Musical Director and assembled musicians, selected a variety of compositions and has been working on arrangements. Band members for the affair will be
Ernie Watts-saxophone, Alphonso Johnson-bass, Terri Lyne Carrington-drums, Doc Powell-guitar, Byron Miller-bass, Munyungo Jackson-percussion, Rayford Griffin-drums, Josie James-vocals and TC Carson-vocals. 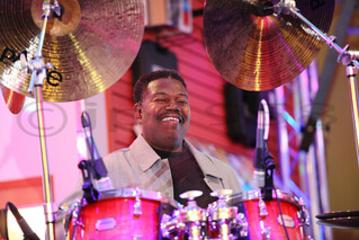 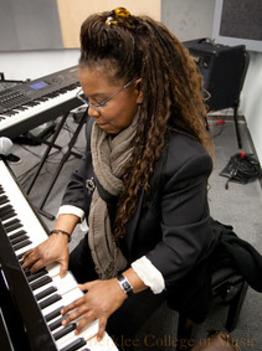 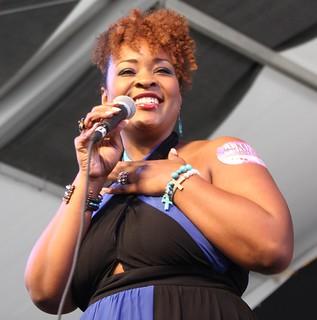