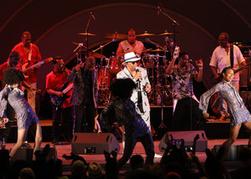 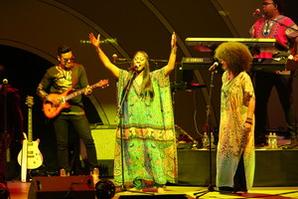 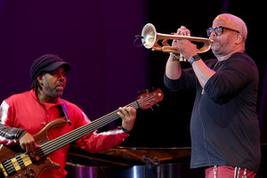 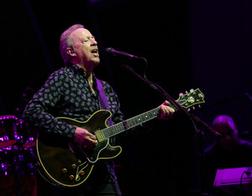 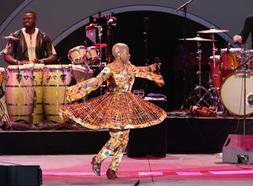 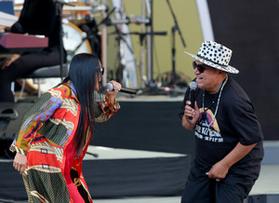 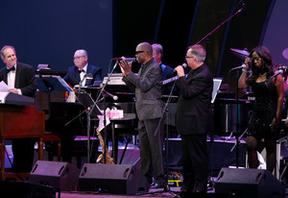 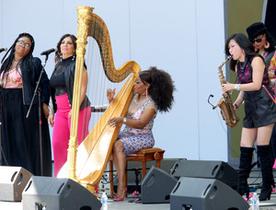 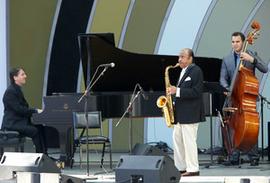 At the 19,000 capacity Hollywood Bowl in Los Angeles attendees were treated to a captivating melding of jazz, funk, Afro-futurism, world, R&B, fusion, Latin and even rock for the 2019 Playboy Jazz Festival. In 75 to 80 degree heat with no shade, listeners alternately socialized/dined, wandered about the hilly grounds and were amused by comedian Emcee George Lopez in between performers.

NEA Jazz Master and affable jazz survivor, saxophonist Benny Golson’s 90th Birthday Quartet highlighted the first of the two-day soiree. Friend to legends Clifford Brown and John Coltrane, a member of Art Blakey’s Jazz Messengers and Dizzy Gillespie’s Big Band in the ‘50s, along with many other associations and film/TV scores to the present, Golson had plenty of anecdotes and original selections to play. Standouts with the support of LA-based players, pianist Tamir Hendelman, bassist Mike Gurrola and drummer Roy McCurdy were “Whisper Not,” “I Remember Clifford,” “Stablemates,” “Along Comes Betty,” and the very popular “Blues March.”

A special and notable insertion into the PJF program was singer Michael Mayo, a recent graduate from the Herbie Hancock Institute of Jazz (formerly The Thelonious Monk Institute) and also the New England Conservatory of Music. The young singer with a backing quartet and three backup singers showcased new songs “Without Your Love,” “Something About The Way You Move” and “What’s My Name.” They all featured his velvet and very malleable delivery that was a melding of vintage Return to Forever, Stevie Wonder and the Four Freshmen.

Additionally, The Harold López-Nussa Quartet was absolutely amazing and the only true representation of Latin jazz for PJF. The Cuban pianist joined by brother Ruy Adrian López-Nussa, drums and percussion; Luques Curtis, bass; and Mayquel Gonzales, trumpet, sounded much like fellow countrymen Omar Sosa and Chucho Valdés. That was especially true interweaving classical and jazz motifs for “Lobo's Cha.”  However, at different junctures he had a much lighter and gentler touch, such as for “El Viaje .”  Overall, it was a commanding performance by an artist to look out for in the future.

Maceo Parker known for his funky saxophone playing with legends James Brown and Ray Charles focused mostly on Charles’ material with his 18-piece Maceo Parker Big Band, formerly The Ray Charles Orchestra. Sprinkled amongst them were high caliber LA musicians Ricky Woodard and Louis Van Taylor, tenor saxophone: Larry Goldings, organ; Scott Mayo, alto saxophone; and Paul Kreibich, drums. Two days prior to the 15th anniversary of the icon’s passing, Parker soulfully sang classics “Let The Good Times Roll” and “Georgia,” along with syrupy ballad “I Can’t Stop Loving You” and soul jolting “What I Say” with the Raylettes. For good measure the saxophonist/singer injected his R&B groove “Pass The Peas,” adorned by the band heartily cutting loose and soloing.

Continuing the connection between jazz and partying with a lot more spirit was The Dirty Dozen Brass Band. They quickly aroused the audience with fiery and irrepressible second-line jamming. Also associated with New Orleans are funerals processions and the sextet took a moment to honor Malcolm John Rebennack a.k.a. Dr. John by way of spiritual “The Old Rugged Cross” with pictures of the popular singer/pianist shown. In keep with a PBJ tradition most of the audience waved white napkins and handkerchiefs. Afterwards, they got back to their good time music, inspiring the audience to dance “doing “I Used to Love Her,” “Me And The Squeeze” and “Dirty Old Man.”

In the realm of world music singer Angelique Kidjo the human embodiment of the “Energizer Bunny” spotlighted Talking Heads Afro-influenced rock and Celia Cruz’s highly celebrated Afro-Cuban salsa. That included plenty of dancing and Kidjo as she normally does brought some of the audience on stage. Gambian kora player Sona Jobarteh was much more traditional oriented playing songs from her homeland. Much like Kidjo she affirmed female empowerment and drew strong approval from the audience.

Breaking out the amps and cranking up the knobs was fusion jammers trumpeter Terrence Blanchard Featuring The E Collective, who blasted away intensely. Contrarily, they toned things down for vocalist Quiana Lynell who did gospel and R&B flavored songs. Banjo-master Béla Fleck And Flecktones tastefully mixed in bluegrass, jazz and blues. They even showcased vintage songs from the ‘90s. and for a special moment did an impromptu jam with Blanchard.

Danny McCaslin Blow, a quintet led by the saxophonist carried on the spirit and aggressiveness of his former boss, the late pop/rock icon David Bowie. Almost all female Jazz in Pink, with a male percussionist, leaned heavily to smooth jazz dynamics and drew strong crowd response. For Afro-Futurism, keyboardist, saxophonist and vocalist Terrace Martin took a page from the Robert Glasper songbook by employing a vocoder and space/funk explorations.

Rounding out the two-day Southern California extravaganza were pop heavyweights Sheila E, Boz Scaggs, Kool & The Gang, and The Family Stone. E’s whose group wore ’60 styled dashikis, did retro rock and soul material with her first playing guitar and later percussion, and also included a tribute to Prince, a funky version of “America The Beautiful” and her classic song “The Glamorous Life.” Scaggs coolly presented his soulful songs old and new, including “Lowdown” and “Lido.”

Headliners were respectively Kool & The Gang and The Family Stone. The Gang did a cavalcade of their hits such as “Ladies Night,” “Jungle Boogie” and Hollywood Swinging” with a crew of dancers. Stone tried to embody Sly Stone’s persona, with Jerry Martini saxophonist from the original band for  “Dance to The Music,” “Sing a Simple Song” and “Want to Take You Higher.” 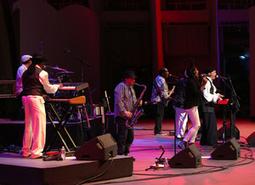