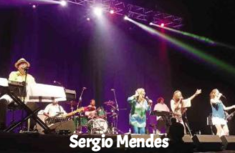 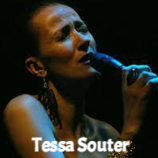 12 stages featured a diverse array of seasoned and emerging artists, including some who might one day become stars. New Orleans’ Funky Meters were among the well-known groups and made up of the Meters founding members, Art Neville-keyboards/vocals and George Porter Jr.-bass/vocals, with Brian Stoltz-guitar and Terrence Houston-drums. Melding R&B, funk and New Orleans second line they quickly got the main stage audience in party mode with classics tunes “What The People Say,” “Hey Pokey Way” and immortal soulful instrumental “Cissy Strut.” Also from Louisiana, Galactic, melded funk, hip-hop, jam band interludes and New Orleans styled R&B. Their guest singer Erica Falls ignited the crowd with a strong dose of sassiness and soulfulness for “Dolla Diva,” and “Hey Na Na,” while the band stretched out during funky instrumentals.

Sounding like they were also from New Orleans, with dabs of Afro-beat and even playing on the stage dedicated to city’s music were Seattle’s Polyrhythms. They captured the crowd’s interest with imaginative funk grooves interwoven with brass choruses and solos for tunes “El Fuego” and “Maruken.” Lizz Wright injected nuanced gospel into the festival through an extensive version of Neil Young’s “Old Man” and original “(I’ve Got to Use) My Imagination.” Bay Area upcoming singer Jackie Gage sang sweetly with an inviting vibe and was propelled by strong home support at the Café Stretch jazz club. She covered standards and R&B songs such as “That Old Black Magic,” original “Sweet,” “Save Your Love For Me” and “Nothing Can Be Done” featuring her scatting coolly and the band soloing. Closing out the festival, on the main stage were Sergio Mendes and Brasil 2016, who did a fast-paced and very tasteful set spanning most of the group’s hits. Included in the performance were “The Girl From Inpanema,” “The Waters of March,” “The Fool on the Hill,” hip-hop tinged “The Frog,” and of course “Mas Que Nada.”

At San Jose Jazz Summerfest mainstream jazz was spread around the main stage, Café Strich, The California Theatre, The KCSM Music Lounge at The Fairmont Hotel’s Pagoda Stage, The Jade Leaf Lounge and other venues. Posi-Tone Records literally held court at the Jade Leaf Lounge first showcasing artists such as LA’s Doug Webb-saxophone, Will Bernard-guitar, Steve Fidyk-drums, Brian Charette-organ, Joe Magnarelli-trumpet, and Michael Dease-trombone. Neo bebop, blues and spirited standards permeated the club as the musicians deftly interacted and soloed for “So What,” “Cherokee,” “Fly Me to the Moon,” straight-ahead full jamming “Moose the Mooch” and Latin boogaloo 7/4 “Food Court Drifter” all with organ and brass intensely wailing away. For the closing night Organ Fellowship somewhat of an annual tradition honored Ronnie Foster with an award. Afterwards he and trio Jake Langely-guitar and Jess Gopen-drums played a mix of jazz, funk and fusion, including Reboot the title track of his upcoming CD and Stevie Wonder’s “Isn’t She Lovely.”

The sumptuous California Theatre was a well-suited venue for saxophonist Chico Freeman Plus+tet with Luke Carlos O’Reilly-piano, Kenny Davis-bass and Michael Baker-drums. Freeman who has lived in Europe for the last 10 years served up about 15 numbers spotlighting his latest release Spoken into Existence.  He played coolly and spaciously to captivate the audience, while never overwhelming them. At the same time, there were moments of passion and intensity, especially during the bandleader’s soloing moments. At the KCSM Music Lounge at The Fairmont Hotel’s Pagoda Stage NEA Jazz Master drummer Tootie Heath’s All-star Band played the compositions of Richard Sears’ commission by the LA Jazz Society in 2013 and also from his CD Altadena. Joining Heath who jokingly berated them before they started were Patrick Wolff–saxophone, Roman Filiu–saxophone and Martin Nevin–bass. The music was fast-paced and modal. Saxophonist were the frontline for the second tune that was common time and thematic, while the other compositions were in the rambling and exploratory mode also featuring bass and Mr. Heath.

Vocalists were strongly represented as well with The Souter Vitchev Ramirez Trio performing before Heath. Tessa Souter-vocals, Hristo Vitchev-guitar and Jemal Ramirez-percussion opened with an exotic and breezy version of  “Caravan” that transported the audience to Marrakesh.  Cecile McLorin Savant and her trio performed on the main stage. She sang strongly and maintained the audience’s attention with subtle standards such as “Wives and Lovers.” Ivan Lins “The Island” followed and allowed the singer and musicians to soothingly stretch out, while her new title track Black and White and Blue delved into her roots and was soul searching. Kat Parra was part of the festival’s “Pub Crawl” at Hotel Deanza and showcased the multi-language singer with Murray Low–piano, Masaru Koga–woodwinds, Aaron Germain–bass, Dan Foltz–drums. She began with tango-like “(Four) Ever More” from her new CD Songbook of the Americas that sensually and elegantly overflowed with piano and percussion strongly accenting/soloing.  Alternately, “Mambo Italiano” was festive with Parra singing strongly. Karrin Allyson had people waiting to get into Café Stich and with Larry Koonse-guitar and Jeff Johnson-bass and totally enthralled those lucky enough to get into the club. She open singing in Portuguese and English for  “A Felicidade (Happiness)” as a prelude to the Olympics. The singer/pianist continued scatting with guitar for “Happy Talk” and then conjured up Mose Allison’s “Everyone’s Crying Mercy” with bass soloing and the crowd clapping along. On piano Allyson delved deeper into blues jamming with her sidemen for another Allison tune “Nothing Going to be Alright.” For a changeup she sang Blossom Dearie’s “Bye Bye Country Boy” and returned to Brazil with Jobim’s “Double Rainbow.”

Furthermore San Jose Jazz Winterfest occurring late February through the first week of March nearly rivals Summerfest. Concerts are mostly spread around downtown San Jose and have branched out to as far as Palo Alto. Additionally premier international, national and homegrown artists are showcased in venues that range from grand to intimate. Most importantly attendees are provided exceptional opportunities to enjoy, share and learn about jazz in a dynamic and continually emergent forum. For more information go to: sanjosejazz.org.