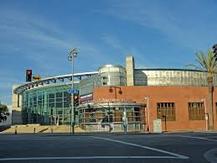 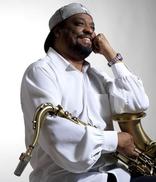 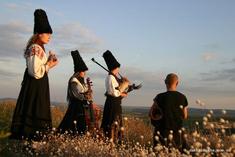 The San Jose Jazz Summer Fest hasn’t been around quite as long as the neighboring Monterey Jazz Festival,

which began in 1958 or the SF Jazz Festival that started in 1983 as “Jazz in the City.” Nonetheless, the annual

San Jose event is on the same par as the other festivals. It also has warmer weather and offers over 120

around the downtown area.

Unlike Monterey and SF the San Jose outing is broader in scope. Jazz with offshoots of cabaret/vocal,

World music encompassing many manifestations from around the world is celebrated, while Latin and salsa music sometimes extending into jazz has become one of the largest showcases of its type in U.S. at the San Jose Jazz Summer Fest. Those who lean more toward soul, R&B, hip-hop and pop, rather than mainstream jazz will find many appealing artists as well. Some of the appearing artists fitting that description are Galactic, Ron Scott & Friends, Dirty Cello, Goapele, Allison Miller’s Boom Tic Boom, Bobby Caldwell & His R&B Band, Lizz Wright, Oakland Interfaith Gospel Choir and Sergio Mendes & Brasil 2016 – A Celebration of 50 Years of Brasil ’66, which includes Bloco Del Sol leading a Brazilian Carnival style procession beforehand on Sunday.

Complimenting those groups while also having a strong jazz heritage is New Orleans music. It, in fact will have its own venue—“The Big Easy Stage.” Featured artists representing the truly unique city are The New Orleans Klezmer All-Stars, Vaud & the Villains, Kermit Ruffins & the Barbecue Swingers, The Iguanas, Polyrhythmics and The Honey Island Swamp Band. Additionally, those who really want to get into “the spirit” of New Orleans can participate in a second line parade after Kermit Ruffins & the Barbecue Swingers set on Saturday. Furthermore, partying late into night continues by way of the Friday and Saturday late programming, along with a “Club Crawl” at venues such as Deluxe Eatery Drinkery, Chacho's and Scott's Seafood.

Supplementing the far reaching range of music and artists at SJJSF are ancillary activities such as: Jazz Mass at Cathedral Basilica of St. Joseph, a community mural painting project by artist Will Moran curated by Empire Seven Studios and a screening of inspirational Song of Lahore with a Q&A by producer Vijay Vaidyanathan. Not to be overlooked is an award-winning, interactive art project combining physical exercise, music and the activation of public spaces. The Swings: An Exercise in Musical Cooperation will be located close to the festival. The Swings emit musical notes and when users coordinate their swinging, melodies emerge. The touring Musical Swings have visited selected cities and most recently Manhattan's Financial District, before ending its tour in San Jose, its only West Coast appearance.

Whether a seasoned jazz lover, a curious newbie or someone just looking for something interesting or different to do, SJJSF has a wealth of music to experience, a variety of venues and plenty of food and beverages to enjoy and sample.  Brendan Rawson, Executive Director at San Jose Jazz summed up its growth, "Each year we partner with new restaurants, bars, and cafes that are moving into downtown and are helping building a great nightlife and music scene here. The Continental Bar, Cafe Stritch, Jade Leaf Lounge, Chacho's restaurant are all new venues we have partnered with to present a wide variety of music styles, along with our longstanding partnership with Poor House Bistro to present great New Orleans musicians. These places are establishing themselves as exciting venues for live music and paying gigs for local and touring musicians."

Optional Nearby Points of Interest in San Jose:

that was once the personal residence of Sarah Winchester, the widow of gun magnate

husband’s rifles haunted the house, resulting in her building odd rooms and staircases

with the largest collection of ancient artifacts and exhibits in the Western U.S.

for techies and definitely not a traditional museum. Significantly, the museum

has three different levels and is devoted to four themes: Communication,

for 30 years. It was named a California Landmark and also added to the National Register

(est. 1927) is a relaxing delight for rose lovers. Visitors can leisurely peruse the grounds, 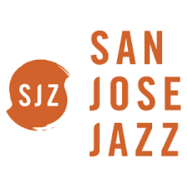