“The Delta Lady” in the late ‘60s and the ‘70s did superb backup singing for classic rockers Delaney & Bonnie and Joe Cocker’s “Mad Dogs & Englishmen” celebrated tours. Additionally, she worked on Eric Clapton, Leon Russell and Stephen Stills’ sessions.  Afterwards she became a solo artist and also recorded duet albums with her then husband Kris Kristopperson. In the ’80, ‘90s and early 2000’s she recorded albums in a variety of genres, and explored her Native American heritage with sister Priscilla.  Excluding a Christmas CD in 2012, Safe in The Arms of Time is her first recording in 13 years.

At the Troubadour with a sold-out mixture of fans, friends, Blue Élan Records label mates and music industry people, the two-time Grammy winner and now author had a CD release party. While telling stories, Coolidge began with hit “We’re All Alone” by Boz Scaggs, shifted to contemporary jazz “Late Again” by Kristopperson, and sang ballad “Superstar” about Clapton. From the new record special guest Keb’ Mo’ played slide guitar and sang backup for “Walking on Water,” and guitarist David Grissom was featured on country/gospel flavored “Satisfied.” Wrapping up the comeback show was R&B hit “Higher And Higher.” 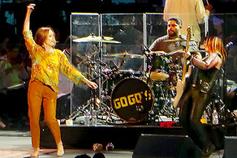 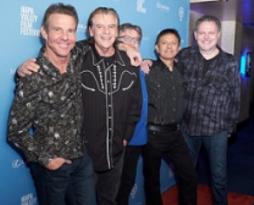 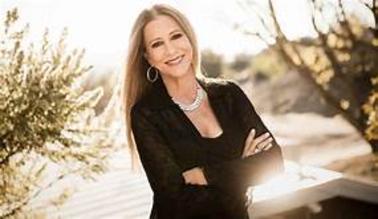 BEHIND THE SCENES Entertainment Reviews

Actor Dennis Quaid, pitchman for esurance, with roles in a long list of films since 1975, showcased Out of The Box. The first CD with his band of almost 20 years, DQ And The Sharks (Jamie James-guitar/vocals, Tom Walsh-drums, Tom Mancillas-bass and Ken Stange-keyboards/harmonica) at West LA’s renowned Village Recording Studio. Prior to acting Quaid played guitar, sang and wrote songs in Houston, Texas. But theatrical productions downgraded music’s importance for him. Interestingly, in the 1987 film The Big Easy he wrote and performed,  “Closer to You” with the Neville Brothers to gain notoriety.

Years later, James formed a band with acclaimed character actor Harry Dean Stanton. “We used to play every Saturday night at the Mint,” Quaid’s guitarist recalled. “Dennis came to see Harry one night, and we started talking, so I invited him onstage. He declined, but saw how much fun we were having and motioned that he wanted to play. He and I as guitar players just clicked, and we started rocking. A couple days later, he sat-in for another show I was doing and we just took it from there.” Quaid and James favorite moment is jamming with Doors legends Robbie Krieger and John Densmore: https://www.youtube.com/watch?v=R6s9_KK1bRU

DQ And The Sharks

During 2017 guitarist/singer Eric Johnson released EJ a collection of 13 acoustic guitar and piano songs, mostly originals, while also covering Paul Simon, Jimi Hendrix and Eugene Lockhart tunes. Since then the Austin, Texas-based musician has toured to support the recording. Johnson a very soft-spoken and somewhat withdrawn person seems well suited for acoustic music, instead of the hard hitting, blues and fusion wailing he is known for.

At The Rose in Pasadena he played a tantalizing mix of country, blues and rock that sounded somewhat like Chet Atkins (one of his influences), Mark Knopfler and John Renbourn to display crafty fretwork. Not on EJ were nonchalant vocals for  “Gift of Love” “Debonair” and “If I Do” featuring zesty guitar. In fact, Johnson’s playing alone thoroughly dazzled the audience and increased when he played Led Zeppelin’s acoustic classic “Black Mountain Side,” and Simon and Garfunkel’s “Mrs. Robinson.”

On piano the guitarist/singer played moody, somewhat jazzy instrumental “Song For The End,” with more of an optimistic outlook “Over The Moon” with vocals and the same for “Nothing Shall Keep Me From You.” Johnson finished the show back on guitar with several encores and a burst of electric guitar as a bonus. 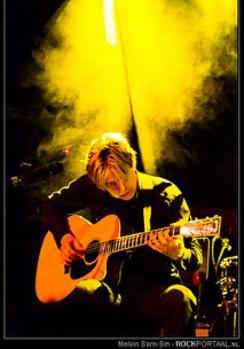 On Your Feet! The Emilio & Gloria Estefan Broadway Musical is currently on tour. It will be at the Hollywood Pantages Theatre through July 29th, 2018 and is must-see event with something for everyone, especially those who love Latin music. The musical chronicles Gloria (Fajardo) Estefan and mainly her relationship with Emilio before and after their musical connection, marriage and hits, with a few bumps on the celebrated path. Also incorporated into the storyline are the singer’s sometime turbulent interactions with her mother and memories of her father who was a soldier/bodyguard for Cuban president Fulgencio Batista before he fled Cuba after Fidel Casto’s 1959 coup.

Prior to the advent of the Estefan’s’ band The Latin Sound Machine, Latin pop, rock and disco music were strictly relegated to Spanish speaking audiences, except for Carlos Santana a riveting rocker with some jazz explorations. The Estefans changed all that with the 1985 mega hit “Conga” and the following decade Gloria shifted to the Adult Contemporary category and Emillo became an Executive for Sony Records. Through it all the couple have won numerous Grammys and Latin Grammys, and along with many other awards they have become an extremely influential and powerful musical force. 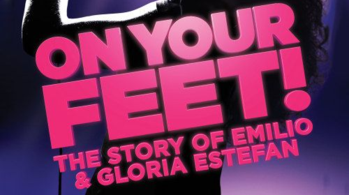 The Eurhythmics “Sisters Are Doin' It for Themselves” describes the Go-Go’s. Billboard magazine considers them the first commercially successful all-women band to write their own songs and play their own instruments. Internally, the pioneering 40 year-old punk/pop quintet’s ride has been anything but smooth with lawsuits, illness/injuries and breakups. Nevertheless, they are a functioning band who performed for three-nights at the Hollywood Bowl with the Los Angeles Philharmonic conducted by Thomas Wilkins, U.S. Air Force Band of the Golden West and 4th of July fireworks.

In action, the ladies, Jane Wiedlin-guitar/vocals, Kathy Valentine-bass/vocals, Charlotte Caffey-guitar/keyboards/vocals, and Belinda Carlisle-vocals, with male drum-tech Chris Arredondo subbing for ailing Gina Schock rocked. With the LA Phil they began with not-symphony suited raucous “This Town.” Carlisle who’s maintained a solo career since the mid ‘80s inserted her poppy “Mad About You.”

Otherwise, the band focused on punk rocking “Lust to Love,” “Cool Places” by the Sparks with some dancing, “Get Up And Go,” and of course “We Got The Beat” as an encore.  Wedged into the concert was ballad “Here You Are” included in their new Broadway musical Head Over Heels, and “Cool Jerk” cover featuring band soloing, with both working well with orchestration.