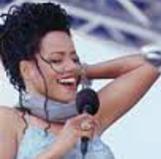 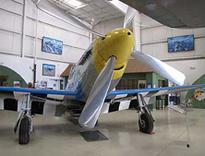 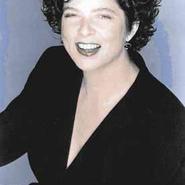 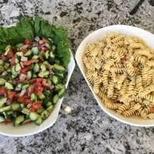 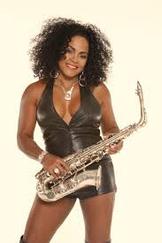 Several hours later the excitement continued with Ann Hampton Callaway’s opening night concert at the Annenberg Theater/Palm Springs Art Museum. The renowned and high-flying vocalist jolted everyone with her rapid-fire wit, fun audience repartee and luscious singing beginning with soulful swinging “I Love Being Here With You.” In fact, Callaway could have easily pulled off telling jokes and not bothering to sing.  Examples of her humor were telling the audience she was born a “baby diva,” imitating Billy Holiday and Sarah Vaughan, original “I’m too White to Sing the Blues Blues” that included her horn and sax-like scatting, and whimsical dancing. On the serious side Callaway brilliantly paid homage to icons Ella Fitzgerald, Vaughan and Holiday beginning with tender ballad “Embraceable You” for Fitzgerald. It was accentuated by Lesa Terry’s violin solo and the legend’s lively signature song “How High the Moon” was boosted by soaring scatting and a sax solo/call and response segment with Carol Chaikin. Focusing on Vaughan was “Interlude” the legend’s response to Dizzy Gillespie’s “Night in Tunisa” with pianist Jane Getz’s solo, immortal ballad “Tenderly” beautifully sung by Callaway and her flirting with men in close range while playfully singing “What Lola Wants, Lola Gets.”

For Holiday it was jubilantly sung “All of Me” and classic ‘God Bless The Child” punctuated by a fiery sax solo. Briefly departing from jazz Callaway spotlighted her songwriting skills, playing piano and singing with violin “I’ve Dreamed of You” the wedding song she wrote for Barbara Streisand that was enthusiastically received.  In the closing moment, the singer acknowledged Mel Torre with “Pick Yourself Up” that included soaring vocals, operatic and classic modes and the audience singing along for a section. Additionally, Baby J’ai and Diane Schurr (2015 PSWJF Jazz Masters Award Winner) joined Callaway for a very swinging and hard vamping version of “Everyday I Have The Blues “ and rejoicing with highly celebratory ballad “At Last” (without Schurr) while Florence Henderson and Lucie Arnaz were in attendance enjoying concert.  The Women in Jazz All-Stars supported the headliner and also included Chelsea Stevens-bass and Maria Martinez-drums.  Sweet Baby J’ai fronted the group earlier, scatting, singing and rapping with them as they showcased their arrangements of the Great American Songbook. Examples were an extensive version “Summertime,” “Thing Ain’t What They Used to Be,” “Stella By Starlight, “ and “I Can Only Give You Love.”

The Cool Soul Jam at the Indian Canyon Country Club was the Saturday afternoon segment of the PSWJF. Soul/jazz diva saxophonist Pamela Williams received star billing. Keyboardist Sunnie Paxson’s Band was in the supporting role consisting of Line Sorrensen-bass, Benita Lewis-drums and Linda Thompson-guitar. Baby J’ai got things rocking with the band for funk/rocking blues “Smoke Those Blues” with her and the guitarist wailing away. Upon Williams’ arrival on stage the music shifted to smooth jazz funk as the “saxtress” mightily jammed away and sometimes got the audience to sing or hum along choruses, such as for “Sho You Right.”  “Secret Garden” one of Williams’ best-known tunes was a slow burning groove full of sensuality and soulful tones that drew strong crowd reactions. They got even more keyed up when the diminutive (5ft. tall) saxophonist went into the audience to play and gave an opportunity to see her up close.  Also keeping the afternoon party going were soulful renditions of Hugh Masekela’s “Grazing in the Grass,” Isley Brother’s “Living for the Love of You” and Rufus/Chaka Khan’s “You Got the Love” featuring all the players soloing. Earlier Paxson’s band with the help of the emcee played a zesty set highlighted by silky and tropical original “Brazilian Sea” and funky “Do it Till Your Satisfied.” With Gennine Francis-vocals the band rocked with original “All You Have to do is Say it,” Rufus/Chaka Khan’s “Ain’t Nobody” and “I’m Every Woman” done very energetically.

The much anticipated Dee Dee Bridgewater topped the evening lineup at the Annenberg Theater/Palm Springs Art Museum Saturday evening. She was cool and gracious; giving everyone associated with the PSWJF justly deserved accolades. She got down to business with classic “All Blues” and scatted intensely with The Quiet Storm Band to impress the audience. Trumpeter Ann King adroitly complimented the singer superbly throughout the song and for the close. Karen Hammack-pianist/Musical Director, Mimi Jones-bass, Paula Atherton-sax and Tina Raymond-drum rounded out the band with each of them being lauded at various points of show.  Like Callaway, Bridgewater injected humor into the performance to get the audience chuckling. She talked about getting older, the Billie Holiday musical she did on Broadway and not having a black women’s “bootie.” In regards to Holiday, Jones reeled off a sultry intro for Bridgewater’s percolating bluesy original “Fine and Mellow.” It included the full band audaciously vamping with Atherton soulfully soloing and the headliner scatting away.

Bridgewater also revealed a more romantic and gentle side of her persona through bossa nova gem “Corcovado (Quiet Nights)” and classic standard “My Funny Valentine” with only piano, bass and drums. Getting back to her normal sassiness she and band with trumpet accenting soared with Harry Connick, Jr.’s “One Fine Thing” inspired by his wife former Victoria Secret model Jill Goodacre. For an extra bonus, Callaway who performed the night before joined Bridgewater playing piano and singing for a madcap improvisational romp merging Victor Borge and Carol Burnett with incredible singing, scatting and rapping to blow the audience away. Reunited with her full band the vibrant singer concluded the concert with Mongo Santamaria’s Afro-Cuban/jazz classic “Afro-Blue” featuring solos by all. Before Bridgewater’s appearance the band did their own incredible showcase with Baby J’ai performing “The Girl From Ipanema,” “Everybody Loves the Sunshine,” “So What” featuring a bass intro, “Good Morning Heartache” and Atherton’s spicy “Rice and Beans.”

Tribute to The Divas a PSWJF brunch tradition was its last event at the Hard Rock Hotel and this year saluted Aretha Franklin, Julie London, Elena Burke and Rickie Lee Jones. Providing the musical accompaniment was pianist/singer’s Sascha Dupont’s Quintet consisting of Sherry Luchette-bass, Nicole Falzone-drums/vocals, Nikki Campbell-percussion and Keschia Potter-sax. Dupont jumped into her segment honoring Jones doing her poppy hit “Chuck E’s in Love” and afterwards jazzed up melancholy ballad “On Saturday Afternoons in 1963” featuring her scatting in harmony with piano extensively. Emcee Baby J’ai introduced Rosalia de Cuba and then got the audience involved singing Stevie Wonder styled “Happy Birthday” to her. Slightly embarrassed de Cuba shifted to her tribute of Burke with a rousing version of immortal Mexican song “Besame Mucho,” along with Cuban classics “Quizás, Quizás, Quizás” and “Guantanamera” with the backing band jamming and her dancing away to the crowd’s delight.

The excitement and incredible artistry continued when Cathy Segal-Garcia channeled Julie London by coolly singing and scatting a very swinging rendition of  “Bye Bye Black Bird.” The mainstream jazz set included the singer inserting interesting biographical snippets about London and her signature songs “Cry Me River” and “You’d be so Nice to Come Home to” with the band flowing along and soloing. Franklin’s soulful diva persona came alive through Pam Trotter who ignited the audience with R&B hits “Think” featuring a sax solo, anthem ballad “You Make Me Feel Like a Natural Woman” and Otis Redding’s “Respect” to garner a standing ovation. Baby J’ai though had more in store for the festival attendees and got into blues vamping with de Cuba. She was unfamiliar with the style, yet became fully immersed for the emcee’s signature “Meet Me With Your Black Drawers On” that included Carol Chaikin on sax joining and all the other singers for a breakout jam. Judging by the crowd’s response the possibility of PSWJF-5 look pretty good! For more information and upcoming concerts go to: palmspringswomensjazzfestival.org.

Unquestionably, Palm Springs roughly 100 miles from Los Angeles or San Diego is a great destination that has much to offer visitors whether they’re active, love to be pampered, low key or are somewhere in between with lodgings ranging from very upscale to budget. Somewhat in the middle is POSH (PersOnable Service & Hospitality) Palm Springs Inn an intimate adult only boutique bed & breakfast with 1930’s architecture tucked away from the busy downtown area and main boulevards at 530 E. Mel Avenue. POSH owners Tony and Santo personally cook and serve savoring homemade breakfasts daily and additionally offer complimentary libations including POSH martinis and tasty appetizers during their 4 to 5PM happy hour. The large pool and saltwater hot tub are very inviting for both relaxing lounging and invigorating dips. Rooms going from deluxe to suites are well appointed with California King beds, 500 thread count linens, plush monogrammed robes and an abundance of other amenities to further enhance guests’ experience at the B&B.  Tony and Santo are also onsite concierges and available to assist guests with restaurant, golf, tennis and excursion information and reservations. PersOnable Service & Hospitality is something they take very seriously and always are willing to go the extra mile. For more information and to make reservation go to: www.poshpalmsprings.com.

Eateries abound in Palm Springs and a perfect place for casual breakfast and lunch, and to-go dinners is newly opened Tipper’s Gourmet Market at 276 North Palm Canyon Drive. Artisan is the key word there and everything is freshly prepared with creativity and care. Health is also of utmost consideration with a delicious choice of breakfast sandwiches, bagels, salads and bowls such as veggie, Southwest, Italian are made with the intent of being energizing or restorative. Alternatively, there is a traditional breakfast and side orders, hamburgers, European baguettes, BLTs and appetizing sandwich variations for those wanting to splurge.  To cap off the day TGM to-go dinners of savory oven roasted chicken, Italian turkey meatloaf and weekly specials are perfect for special occasions or easy convenience on the way home. For menus and orders, go to: tippersgourmetmarketplace.com.

Contrarily, for a big night out or grand lunch in the heart of Palm Springs with a prime vantage point for people watching, close proximity to great shopping and easy walk to thrilling nightlife Zin American Bistro is an excellent choice. The 12 year-old top-flight restaurant located at 198 S. Palm Canyon Drive is the winner of 2016 OpenTable Diner’s Choice and Wine Spectator Best of Award of Excellence with an extraordinary selection of international, out of state and California wines. Additionally, its bartenders create handcrafted cocktails and serve an impressive selection of regional craft beers. Zin American Bistro’s menu includes a savory choice of entrée-like salads, meat/fish/vegetarian options with fresh vegetables, gourmet cheeses and deserts all sourced from sustained, non-GMO, hormone-free farms and growers. Additionally, there are top-notch seasonal wine pairings, cost conscious prix fixe menus and unique daily specials regularly. For more information and/or reservations go to: pszin.com.

Within the general Palm Springs area are an array of interesting sites and excursions. Among them is the Palm Springs Air Museum, a must for aeronautical, air flight and war buffs. Contained inside 65,000 sq. ft. area of three hangers 40 well preserved, flight worthy aircraft from WWII, Korea and Vietnam wars. The museum is considered one of the top15 of its type with exhibits, artwork, artifacts and library sources. The docents are mostly retired veterans who are eager to tell visitors about their time in the air and at war. Occasionally the museum has special programs that include traveling exhibits, air shows and concerts. Children 5 and under and all active military with ID (and their immediate families) receive free admission. 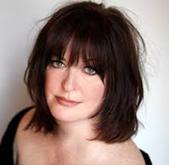