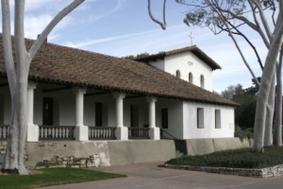 Between 2012-14, Robert A. Bellezza had authored a five volume set entitled the California Missions Book Collection. As a part of Arcadia Publishing's "Images of America" series the books portray vivid scenes with corresponding photos from California's pioneer 600-mile path called El Camino Real. Once traveled by the first European settlers to settlements prior to 1823, the story's incisive history explores Spanish conquistadors, soldiers and missionaries and introduces a newly rediscovered cache of vintage glass-plate images from the 1920s-30s. The collection assembled of special collections prints, vintage postcards with the author's original contemporary photos, and one of the largest photographic collections on California's first architectural wonders. The series is part of the "Images of America” in quality bound paperback and hardbound copies is available from Arcadia Publishing and on Amazon. The ground-breaking 5-volume set includes over 1000 archival and present day images, outlining the original settlements well before California Statehood in 1850. 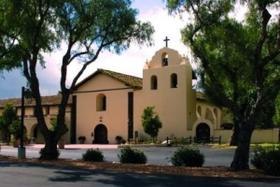 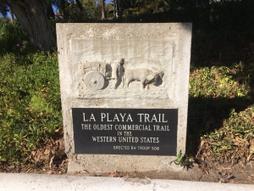 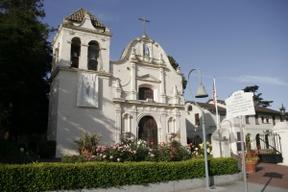 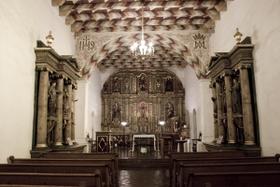 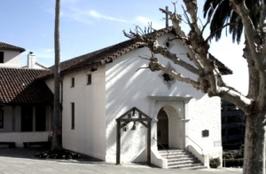 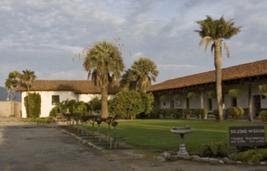 by Robert A. Bellezza

A five-volume series from "Images of America" 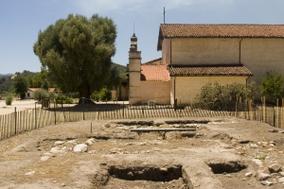 The Saga of Spanish Galleons, Conquistadors, and Explorers
The California Missions Book Collection is a work in five volumes of research, travel, and present day discoveries during a long lost period in the history of early Alta California occupied by Spanish friars and soldiers. And it, perhaps, is the largest collection of images available within one series on the subject. Robert A. Bellezza's books on the subject were sparked by a serendipitous discovery and unearthing of 150 vintage glass negatives from the 1920s and 1930s, many taken before modern renovations. The “Images of America” California missions series was formed around the impact created by Spanish settlements and the existing native populations.

Make the journey from Mexico City by land and sea, following the dedicated ambition of Fr. Junipero Serra along with Baja governor, Gasper de Portola, and their armies of soldiers, ships, and supplies arriving at the rich agricultural territories of Alta California in 1769. Within the procession of Spanish missions built during the next 52 years under the elaborate planning of the friars, the mission system spread along a 600-mile pathway called El Camino Real. The “Royal Road” served as a main artery for travelers from San Diego, leading north to Sonoma, near San Francisco. Each new settlement featured unique architectural styles and massive mission buildings with a single unified purpose converting neophyte California Indian natives to Christianity. The Spanish mission system of more than 25 monumental adobe and brick buildings has stood through centuries, although left abused in decaying condition, only to be resurrected through private and public funding in modern days to their historically correct magnificence. 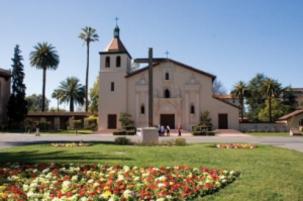 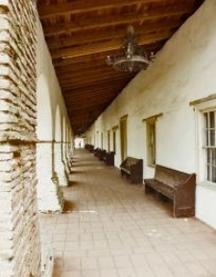 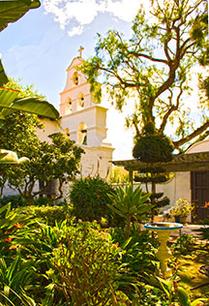 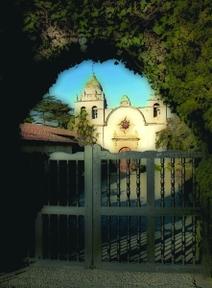 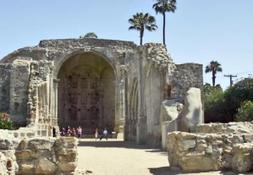