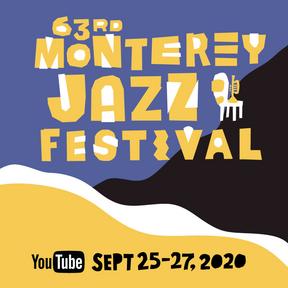 Aura of Color in the

The Secrets of Craft Brewing

Art Garfunkel, former Simon & Garfunkel member, performed at the Segerstrom Center For The Arts with guitarist/keyboardist Tab Laven supporting him. During the mid to late ‘60s S&G captured the sensitivity of college youths through mostly poetic ballads. Garfunkel’s son Arthur Jr.9, began the show sweetly singing Wednesday Morning, 3 A.M the title track of S&G’s debut album. Afterwards the senior Garfunkel proudly admitted, “He has the voice, but I have the hits.” His son later rendered classics “Smile” and “Amore” solely, and with him the Everly Brothers “Devoted to You” and vintage “Let It Be Me.”

Senior Garfunkel showcased writing skills through angelic ballads “Perfect Moment” and “All I Know,” along with his book What Is It All But Luminous (Notes From An Underground Man), published in 2017. However, the audience really came to hear S& G music, since their reuniting is extremely remote. Garfunkel obliged with vocally challenging “Scarborough Fair,” easy flowing “Homeward Bound,” passionately sung “For Emily, Whenever I May Find Her,” lightly rocking “Sounds of Silence” and lyrical gem “Kathy’s Song” to receive a standing ovation. Notably missing from the concert was S&G’s most popular song “Bridge Over Troubled Water” that recently marked its 50th anniversary.

The Monkees pop band was conceived in 1965, but not by themselves. TV producers Bob Rafelson and Bert Schneider conjured the eponymous wacky sitcom that aired on NBC from September 1966 to March 1968. It seized on the phenomenal success of the Beatles and Beach Boys, comically depicting the show’s musicians’ clean-cut efforts to be successful. Most amazingly and with plenty of controversies, top-selling songs sprung from the show. Micky Dolenz the drummer, Michael Nesmith the guitarist, Peter Tork the bassist, and Davy Jones the singer, all had musical abilities, but less so on the instruments, they were designated to play.

After legendary inner turmoil and legal battles, the band eventually wrote and performed their own material. Originally, their songs were created and performed by the renowned Wrecking Crew studio musicians, and Neil Diamond. By 1970, the Emmy-winning and chart-topping Monkees disbanded. Their music miraculously lived on, leading to reunion tours, a spin-off TV show and new songs. Sadly, Jones died in 2012 and Tork in 2019. With only Nesmith and Dolenz remaining they had a farewell tour that included the Greek Theatre. There, the duo and band were enthusiastically greeted by fans calling out for hits and several encores.

Few songs merit a book; The Holy of the Broken: Leonard Cohen, Jeff Buckley & the Unlikely Ascent of Hallelujah by Alan Light, and a documentary; Hallelujah: Leonard Cohen, A Journey, A Song by married team Dan Geller and Dayna Goldfine. Their project with Associate Producer Light (not present), incorporating an extraordinary assortment of unseen archival materials from Cohen’s Trust was shown and discussed afterward at the Grammy Museum with its Artistic Director Scott Goldman.

Leonard Cohen’s Hallelujah is in a class by itself, and its history and origin are nearly mythological. Throughout the late ‘70s and early ‘80s, the gifted singer/songwriter went into seclusion, possibly in reaction to working with the innovative and maniacal producer Phil Spector on 1977's Death of a Ladies' Man. During this period Cohen intensely labored away and nearly drove himself crazy.

Out of the turmoil and soul-baring came Hallelujah, on his 1984 album Various Positions. Sony/Columbia rejected the album for U.S. release, but it was well received in Europe. Bob Dylan becoming aware of Cohen’s revolutionary song was the first to perform it. That led to Jeff Buckley, John Cale, Brandi Carlile, Eric Church, and Rufus Wainwright, and others transforming it into a spiritual experience.