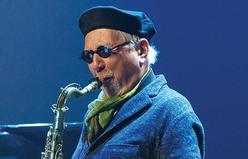 Review of the Festival by Chris Walker

Monterey Jazz Festival 2018, number 61 was similar to previous years—simply extraordinary! With the general population and culture currently focused on women’s achievements, contributions and issues, one could say it was the Year of The Woman at the three-day event as well. In truth, the amount of females performing at MJF seems to increase every year. Two out of three of the yearly banner appointments went to the ladies in 2018. They were Artists in Residence-Tia Fuller & Ingrid Jensen and Jazz Legend & Showcase Artist-Dianne Reeves. The MJF Commission Artist-Oscar Hernandez & The Spanish Harlem Orchestra w/Hubert Laws performed Monterey Encounter (A Latin Jazz Suite For Flute).

In the main arena Fuller-alto sax and Jensen-trumpet used their “creative capital” to play tribute to their highly respected colleague, pianist, arranger, composer and educator Gerri Allen who sadly passed away in 2017. Surprisingly, it wasn’t an “all women” affair, with Kris Davis-keyboards, Robert Hurst-bass and Maurice Chestnut-DJ/dancer joining the co-leaders, along with Terri Lyne Carrington-drums and Shamie Royston-keyboards. Together they played solidly and emotionally to a backdrop montage that included video clips and photos of Allen. Additionally, Fuller, Jensen and Ora Harris, Allen's manager for the last 20 years discussed her musical legacy with journalist Suzan Jenkins hosting.

If that wasn’t enough, the Artists in Residence, as is customary, performed with the Next Generation Jazz Orchestra featuring the most talented upcoming college musicians from around the U.S. Jensen and Fuller interacted with the NGJO for a hard-jamming original and a piece by the trumpeter depicting an island getaway. Furthermore, the saxophonist and trumpeter also respectively led their own ensembles. Jensen directed an ensemble that included her sister, Christine (from Stockholm, Sweden) playing saxophone that opened with modern band jamming “Blue Yonder” and later showcased the saxophonist’s moderately driving “Swirl Around” featuring her soloing and engaging the band. While Fuller, also with her sister Shamie Royston headed the conceptional   Diamond Cut who played suite-like piece based on the characteristics of diamonds that was explosive, probing and reflective, while also showcasing the bandleader and group.

Reeves was vibrant as ever, first on the main stage with her regular band extraordinarily scatting away on Pat Metheny’s energetic and melodic Amazon River influenced “Minuano (Six Eight),” and later vamped away on Oscar Brown, Jr.’s blues/urban themed “As Long as You’re Living.” She also was featured In Conversation with author/journalist Ashley Kahn and back on the main stage for a Tribute to Ray Brown with the Christian McBride, Benny Green and Gregory Hutcherson Trio that also included John Patitucci and John Clayton to amazingly sing ballad “The Nearness Of You.” Finally, on a smaller stage Reeves debuted her new project Beleza (beauty of) Brazil with Peter Martin-piano and Romero Lubambo-guitar from her regular band, along with Itaiguara Brandão-bass and Rafael Barata-drums.

Master reedist Jane Ira Bloom brilliantly worked with her own quartet and also played beautiful duets with pianist Fred Hersch, who also performed solely and with his trio. A major MJF highlight was Norah Jones with Brian Blade-drums and Christopher Thomas-bass rekindling their relationship going back to the singer’s multi-platinum first album in 2002 and is also the focus of the recent DVD Live at Ronnie Scotts. From a vastly different standpoint, Thornetta Davis’ singing was a blues clinic bolstered by a scorching band for “Gotta Sing The Blues” and “Wild Women Never Get The Blues.” Pianist/singer Tammy L. Hall’s Peace-tet was hot swinging jazz with a dose of gospel through special guest, vocalist Kim Nalley. Country maverick Lucinda Williams injected her twangy vocals and personal poetry to Charles Lloyd & the Marvels mix of wrangling rock, airy fusion and jazzy blues.

Veronica Swift was second place in the Thelonious Monk Vocal Competition in 2015 and since then has appearing around the country and headlined the Telluride Jazz Festival in 2016. Japanese trumpeter Aya Takazawa made her first appearance at MJF in 2013 with the Manhattan Jazz Quintet in Noto Japan, played with Delfeayo Marsalis's Uptown Jazz Orchestra and this year was her official MJF debut with a quintet. Locally, sisters Akili-trumpet and Ayana-piano Bradley came up through MJF’s education programs to play in a variety of high school and all-star bands that prepared them for leading their own Bradley Quintet.

There was also a bit of a Guitar Fest within MJF with four very different guitar-led groups happening. Bay Area-based Hristo Vitchev’s Quartet was the first of the four strummers to play with appealing early Pat Metheny-like fusion. Julian Lage also from the SF region had a more straightforward akin to a Pat Martino meets Jim Hall style. While New York-based Adam Rogers & Dice, who studied under John Scofield leaned more toward his mentor’s funk, blues and fusion identity. Contrarily, Bill Frisell was much more eclectic going from country to atmospheric soundscapes with some jazz thrown in.

Notably, outside of Oscar Hernandez & The Spanish Harlem Orchestra and Jane Bunnett’s all-female Cuban group Maqueque, there wasn’t much Latin Jazz happening at MJF 2018. Cuban pianist Harold López-Nussa’s Trio was the only other geniune genre representative and shined brightly dazzling the audience with astonishing playing and intriguing melodies from his homeland.

Making up for the Latin jazz deficit were funk, R&B and gospel oriented groups, KNOWER, Gabriel Royal, Cameron Graves, The Baylor Project and Mwenso & the Shakes, who were in the world music camp. The other sub-category was organ jazz through the Bobby Floyd Trio, Dvon Lamarr’s Organ Trio, and the current grand master of the instrument, Joey DeFrancesco (also sings and plays trumpet) & the People. Pianist Addison Frei greeted MJF attendees on the Courtyard Stage and icon Dave Grusin did a special solo showcase.

Furthermore there were screening of documentaries Not Enough Time that focused on Grusin, and Two Trains Runnin’ paid tribute to musicians and music integral to the Civil Rights Movement past and present. Rounding it all out was the exhibit: The Color of Jazz: Album cover photographs by Pete Turner that were superb. Overall, MJF 2018 was another total immersion into jazz music; culture and history that makes you hunger for more.

For more info go to: www.montereyjazzfestival.org. 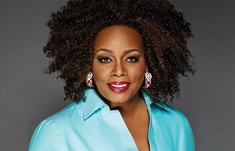 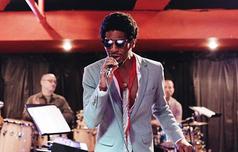 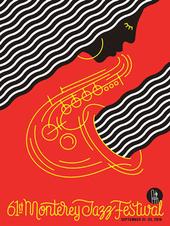 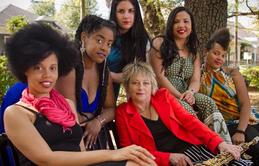