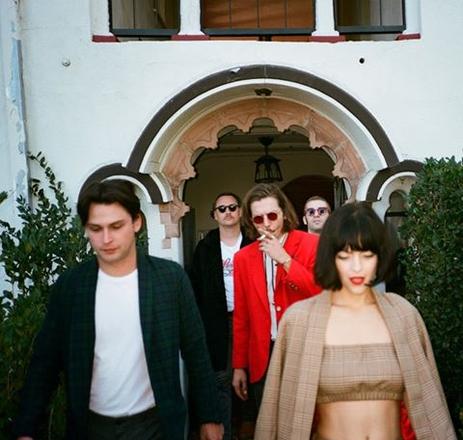 Also on the lineup was hard-rocking Storm and Drive from New Orleans. Lead singer/guitarist Matt Breaux was a “live wire” force boldly exhibiting influences of Ozzy Osbourne and Guns N’ Roses’ Axl Rose. With Devin Nunez-guitar/vocals and Lynden Segura-drums/vocals he fused hot rock with a strong element of swamp. “Love & Pain” riveted the audience and Black Sabbath’s “War Pigs” finished them off. Getting the party started was lounge and lush sounding The Marias featuring the haunting vocals of lead singer Maria for “Only in My Dreams” and other songs. For more info go to www.aloeblacc.com, www.themarias.us, www.swinghouse.com, YouTube and Facebook. 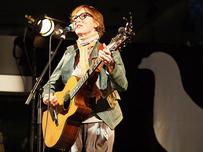 During the 1990’s folk/pop Women’s Music Movement Jonatha Brooke was  in the popular duo, The Story with Jennifer Kimball, and went solo. Since then she has released many intriguing projects. At Zipper Hall she was gleefully greeted by adoring fans and despite the zeal many of the songs were somber. After crowd appealing “Full-Fledged Strangers,” the Minneapolis-based singer/songwriter showcased “Put The Gun Down” and “Hashtag Lullaby” about unsolved homicides from new CD Midnight Hallelujah.

Brooke joked about writing a song with Woody Guthrie (died 1967), and her 2008 Works recording focused on him. Crowd revving and highly sexualized “All You Gotta do is Touch Me” came from it. Bittersweet was her departed mother, a Clown School graduate and humorous influence, characterized in off-Broadway play and CD My Mother Has Four Noses through piano oriented “Are You Getting This Down” and “My Misery.”

Also included, Joni Mitchell sounding “Ten Cent Wings” and mandolin driven/sexual title CD song. Additionally, guest singer Sally Dworski joined Brooke for Story songs “So Much Mine” and rousing a cappella “In the Gloaming.” Wrapping things up were “Red Dress,” hard strumming “Linger” and encore “Because I Told You so.”  For more information go to: jonathabrooke.com and www.kalakoa.com.

Swing House Studios in Atwater Village had a “secret” Christmas Party with singer Aloe Blacc and The Grand Scheme Band as the headliner. Blacc an extremely personable entertainer wowed the crowd doing modern soul grooves such as “Lift Your Spirits” with touches of The Jackson Five’s “Want You Back,” mid-tempo “The Answer is Love” and nu-soul groove “I Need a Dollar” strongly accented by brass and vocal choruses. Returning to previous themes was ballad “You Make Me Smile” and pulsating “A Million Dollars a Day.” Blacc additionally cited influences by doing Sammy Davis Jr.’s “Candyman” and Elton John’s “Your Song.”