Saxophonist/producer/entrepreneur Dave Koz is synonymous with smooth jazz and has been a “chart-topper” for most of his career—going  back to the early ‘90s. Additionally, he is a remarkable collaborator and has done amazing work with a significant amount of high caliber brass peers. Most notably Summer Horns, with Gerald Albright, Rick Braun-trumpet/coronet and Aubrey Logan-trombone/vocals, along with the very appealing singer Kenny Lattimore, who are all currently touring together. Previous members have been Mindi Abair and Richard Elliot. That is only the tip of iceberg for the saxophonist and without question he will have more interesting things coming up. California Tour & Travel caught up with him on the road.

CT&T: I understand you’re in the midst of your tour right now.

DK: We are and halfway through, supposed to finish in mid-September. It’s been going great and a very fun show this summer. So I’ve been in a very good mood.

CT&T: How many shows are you doing for the tour?

DK: I think there’s 25 or 26 this year/summer. We have a nice cross-section of some jazz festivals, like this weekend at the Concord Jazz Festival, some bigger shows, some outdoors, some indoors and nice winery shows. Which is great for this particular Summer Horns show that’s more of a walk down “memory lane,” with some modern twists and turns. But these Summer Horns projects, we’ve done two previously, celebrate the horn section and its role in modern music.

CT&T: This tour seems perfect for you.

DK: As a horn player myself, I grew up listening to big bands and ensembles. I feel very blessed to have a solo career, and all the artists, whether it’s Rick, Gerald, Aubrey or Kenny Lattimore are blessed to have very good solo careers that we can do our own tours. But there’s something very special about us combining together and playing in an ensemble. Once you play in a horn section that thrill never goes away.

CT&T: It seems like you’re at the Hollywood Bowl every summer.

DK: We do it there for the last ten years, probably every other summer. That’s been a lovely thing and I grew up in Los Angeles. My mom and dad used to take my brother, sister and I to the Bowl regularly. It didn’t even matter who or what was playing on the stage. My mother was into classical, so she took us to those a lot. But we saw some jazz and pop shows when we were growing up. But there’s nothing like the Bowl and it’s the most incredible experience to be there and take the stage. Backstage there and on your way to the stage are these pictures of pretty much everyone, all these iconic artists, who’s ever played there. They’re looking at you and saying, “you better come with it!” There’s only one better feeling then taking the stage at the Hollywood Bowl, and that’s leaving the stage. The pressure is off finally and you can relax!

CT&T: How long have you been playing at the Hollywood Bowl for the Smooth Jazz Festival, or just in general?

DK: I think we’ve been there at least five or six times. My first time was playing with Jeff Lorber at the Playboy Jazz Festival in 1986. I’ll never forget that because it was electrifying with 17,000 people and the first time I performed in front of that many people, and my parents were there. I played there later with Ray Charles as the headliner and soled with the Count Basie Orchestra. Those kinds of experiences you’ll never forget.

CT&T: Besides the Tour, you have some other things happening like a cruise and some on-line projects?

DK: Coming up on 15 years now, I’ve been hosting an annual cruise that goes to different places around the world. Our mantra is: “Seeing the world together.” We just finished one earlier this year to Australia. The next one in January 2020 will start in Amsterdam, the Netherlands and will go to the British Isles. We carry along with us about 100 musicians and artists, and we have almost 4,000 guests. It’s a pretty amazing experience because its music and friends. Even if you don’t know anyone, you’re surrounded by people with similar interests and bound to find commonality. Basically, you’re on vacation with your favorite artists and you get a backstage pass. It’s a very special experience and I’ve seen first-hand what happens when people come onboard and there’s young, old, straight, gay, Republican, Democrat and all different races. For one week everyone is moving in the same direction and that’s the power of music.


DK: That’s a project that we started last year. When I started making records way back when and was signed to Capitol Records, the budgets were constructed so that we ‘over recorded.” Out of 20 songs recorded we would pick 13 to be on the record. Often the other songs were pretty good, but didn’t work out for some particular reason. I noticed last year that there all these great tracks that hadn’t been released. Through streaming, which has become the savior for the Music Business, they’re a way of putting more songs out there and that’s become the game of the day. We developed this moniker called “Lost Koz,” which are tracks recorded a while ago, but never go to see the “light of day.”

CT&T: Are you still making wine too?

DK: I am and we just released a new varietal of rosé that is available at Whole Foods in four states, California, Arizona, Nevada and Hawaii. All the money from the wine goes to the charity The Starlight Children’s Foundation that helps kids who are in hospitals for long periods of times. I’ve been involved with them for 25 years and I’m blown away by the work that they do helping kids get through very uncomfortable and scary times in their lives. Through the wine program, our silent auctions on the cruises and various other programs we’ve able to raise over a million dollars for Starlight, which is really great.

For information about Dave Koz and his various activities go to: davekoz.com 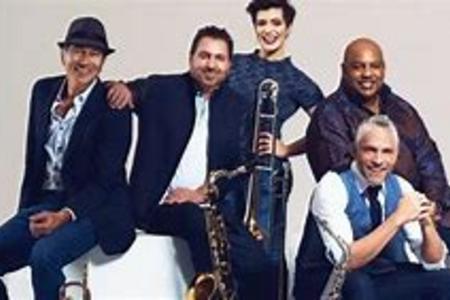 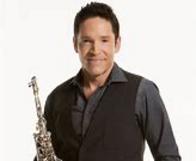