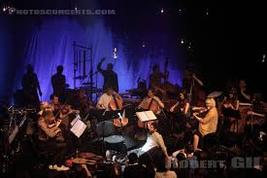 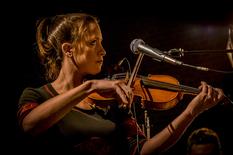 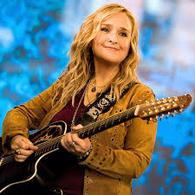 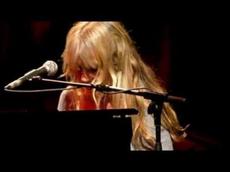 Two-time Grammy and single Oscar winner Melissa Etheridge was in top classic rocking form at the Cerritos Center for the Performing Arts. Playing solo with a sampler handling percussion and rhythm guitar parts she quickly established that band support wasn’t necessary to rock strong. The audience didn’t care and were enthralled with everything she did. Still, the singer/guitarist stressed the music was created live and she could easily go full “automation,” even doing a quick demo starting with percussion and then guitar layers.

Afterwards Etheridge powerfully sang confessional hits “Ain’t it Heavy,” “Yes I Am,” “I Want You” (on piano) and hard-rocking “If You Want to” with the audience clapping along. Additionally, guitar wailing “Stranger Road,” new song “Monster” with harmonica and mega hits  “Come to My Window” and  “Must Be Crazy for Me” featuring layers of guitars were all jolting. She downshifted to Joan Armatrading’s ballad “The Weakness in Me” on piano and recalled early years in Long Beach at club Que Sera.  Etheridge then quickly went back to rocking with immortal classics “I’m The Only One” including harmonica and “Someone Bring Me Some Water.” She kept smoking during the encore with extremely passionate “Like The Way I do.”

Argentinean-born José González, raised in Sweden and a former PhD candidate in biochemistry at the University of Gothenburg is different. Contrarily, his music isn’t complex possessing folk, indie rock and world music tinges, with clear singing. Themes for his songs that made him a top-selling artist in Europe and an indie-darling in America explore nature, evolution, symbolism and love.

At Disney Hall he performed with German-based The Göteborg String Theory who opened doing a 15-minute segment of modern classical music. González joined them, playing acoustic guitar, singing and mixing in songs spanning his 2005 debut album Veneer to newly released Vestiges & Claws. Lightly thematic “Crosses” and “The Nest” were played solely. While “Lovestain,” “Stay Alive,” and “This is How We Walk The Moon” featured dynamic touches from the ensemble.

In stripped down mode the Swedish/Argentinean played edgy “Cycling Trivialities,” folksy “Every Age” with guitar rocking “Down The Line” and “Line of Fire.” Reunited with Göteborg String Theory, González got into heavily orchestrated “Fold” and “Heartbeats” to garner a standing ovation. His encore featured the classical group playing robustly before he closed with “Hand on Your Heart,” cool strumming “Killing For Love” and “Let It Carry You” with backing vocals.

Rickie Lee Jones is clearly an artist who has baffled record industry mold-makers, yet through her talent, persistence and bonds with fellow musicians developed and maintained a devoted following.  At Pasadena’s mega-club The Rose the singer/multi-instrumentalist performed to sold-out house with only Catherine Ledoux-guitar/violin/vocals supporting her. The concert opened with Jones on piano and Ledoux backing on violin for bohemian, slightly offbeat sung “Living It Up,” following with “We Belong Together” and “So Long” featuring the headliner roaring out the offbeat lyrics to crowd’s delight.

Jones’ “On Saturday Afternoons in 1963” and “Away From The Sky,” with Ledoux singing the chorus were jazzier and solemn. Singing in two different voices, with one distinctly masculine, the singer/songwriter amazed the crowd with “Coolsville” and segued into  “Weasel and the White Boys Cool.” Jones now a New Orleans resident mentioned living in Venice CA and how going downtown was arduous before serving up “Gloria” with the audience clapping along. She also mentioned her upcoming book and new CD The Other Side of Desire with two songs from it performed. Adding more variety was bluesy “Danny's All-Star Joint” with the audience singing along and David Bowie’s “Rebel, Rebel” to garner an enthusiastic standing ovation. 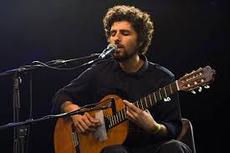